LiveWell TMS Nina Greif, DO Our Services TMS for PTSD 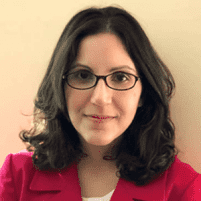 The flashbacks typical of post-traumatic stress disorder (PTSD) are far more than a memory of the event. During a flashback, you feel as though you’re back in the situation that caused your PTSD, complete with smells, sounds, and extreme feelings. If conventional methods aren’t relieving your PTSD or you want to try an alternative to medication, undergoing TMS for PTSD with Nina Greif, DO, DABPN, at LiveWell TMS in Huntington, New York, could be the solution. Call today to schedule a consultation or book your appointment online.

What is post-traumatic stress disorder (PTSD)?

PTSD affects some people after they’ve had a particularly frightening or distressing experience, or after witnessing something that causes severe fear and distress.

Combat veterans and other people who’ve been in a war zone can develop PTSD, but armed conflicts aren’t the only experience that can trigger PTSD.

Other common causes include:

Seeing other people come to harm in these violent ways can trigger PTSD as well. You can also develop chronic PTSD if you’ve grown up being abused or suffered from years of domestic abuse.

While it’s normal to feel shocked and upset about these types of traumas, in time, you process those feelings and gradually recover from the experience. When you have PTSD, you get stuck in the moment, unable to move on from the horror of what you’ve seen.

What are the symptoms of PTSD?

Intrusive thoughts are memories of the event that keep coming into your mind despite your efforts to think about other things. You might have graphic nightmares when you sleep and flashbacks when you’re awake.

Avoiding anything that could trigger a flashback is a common symptom of PTSD. For example, you may avoid flying if you were in a plane or helicopter crash. You’ll probably want to avoid talking about your experience, too. Avoidance leads to alienation from family and friends which causes increasing isolation.

Depression and anxiety often go hand in hand with PTSD. It’s common for people who’ve been through a trauma to feel guilty without having anything to blame themselves for. You might also feel angry and become short-tempered.

When you have PTSD, you’re likely to be on alert all the time, jumping at loud sounds and seeing threats everywhere. This could make you aggressive, even when you’re normally a happy, calm sort of person. It also makes it hard to get much restorative sleep, which just makes you more tired and on edge.

What is TMS for PTSD?

The usual treatment approach for people with PTSD is a combination of medication and psychotherapy. In many cases, these treatments are successful, but other people fail to achieve much improvement in their PTSD symptoms.

If you’re battling PTSD and your current treatments aren’t working, transcranial magnetic stimulation (TMS) treatments at LiveWell TMS could help. TMS is a noninvasive, safe, and effective therapy that works by increasing the levels of feel-good neurotransmitters in your brain.

During each treatment session, Dr. Greif administers a series of magnetic pulses into your brain for around 20 minutes. You attend sessions five days a week for six weeks, then gradually reduce the number of sessions over another few weeks. Results can be long-lasting with no adverse effects.

Call LiveWell TMS today to find out more about TMS treatments for your PTSD or book an appointment online.